The Garden Club of Cleveland is dedicated to charitable and educational purposes including stimulating the knowledge and love of gardening, sharing the advantages of association by means of educational meetings, conferences, correspondence and publications,  and restoring, improving and protecting the quality of the environment through educational programs and action in the fields of conservation and civic improvement. 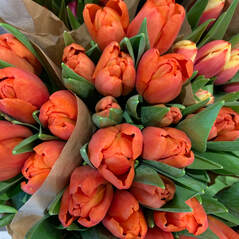 Since 1912 The Garden Club of Cleveland has been instrumental in the beautification of the city of Cleveland.

1920’s The Garden Club of Cleveland (GCC) raised funds to create and dedicate the Fine Arts Garden in front of the Cleveland Museum of Art at University Circle.

1959 GCC started a project at The Cleveland Museum of Natural History planting an area adjacent to the Museum for an educational garden. Members saved hundreds of plants from areas being developed around Cleveland and planted them in the garden. We continue to support this activity today, both financially and through an annual “Big Dig” that transplants plants to the garden.

1962 Our Project Fund was established. The first gift went to the new Garden Center, The Cleveland Botanical Garden, opened in 1966, built on the land northeast of the Museum of Art in Wade Park.

1970’s GCC voted “to make a major contribution to beautify and renovate Cleveland’s Public Square.”  Major funds were raised to develop a design by Sasaki and Associates, resulting in the renovation and beautification of the Northwest Quadrant of Public Square. The Public Square renovation was completed in the mid 1980’s and a member of our club continues to serve on the committee overseeing maintenance and preservation of the Square.

1976 GCC, together with The Shaker Lakes Garden Club raised significant funds for our Bicentennial gift to Cleveland, creating a park and gathering place in the heart of the Theater District. Starr Plaza was planted with twenty-three shade trees and other landscaping which make it a green space in the city.

2000 Cleveland was the site of the Garden Club of America Annual Meeting.  The Garden Club of Cleveland and The Shaker Lakes Garden Club hosted the event and were awarded the GCA Founders Fund Award for the renovation and relocation of the “Little Yellow House” which is now the office of the CBG Green Corp at the Dunham Tavern Museum Garden.

2008 GCC raised funds to renovate and landscape the Marie Bruot Gate in the Cleveland Cultural Gardens.

2012 In recognition of The Garden Club of Cleveland’s Centennial, the Club embarked upon a plan to design and fund a unique observation patio at the waterfront point of the newly created Cleveland Lakefront Nature Preserve. The Preserve is a great Cleveland story–an 88-acre former Cuyahoga River dredge disposal site on Lake Erie, it is a place where trash has literally turned to treasure as a wildlife haven and migratory bird resting spot. Our gift underscores that part of our Mission which is dedicated to conservation, environmental education and civic improvement. The GCC Centennial Overlook Plaza was dedicated and opened to the public in 2013.

2015 The Garden Club of Cleveland hosted “Rooted in Cleveland,” a GCA Zone X Meeting and Zone Flower Show. The Meeting was held at the Cleveland Intercontinental Hotel. Over 70 GCA members from our zone (Ohio, Indiana and Michigan) as well as national leaders from around the country were in attendance. In addition to the business meeting, there were field trips to learn about urban farming and the restored Cleveland Lakefront Nature Preserve. Speakers educated members on community collaboration and cultivating our soil, land and communities. Members throughout the zone had the opportunity to showcase their horticulture, floral design and photography skills in the accompanying flower show.

2019 The Garden Club of Cleveland hosted a GCA Flower Show titled ‘Country Weekends, City Nights’, showcasing the story of Cleveland Metroparks and their efforts to return 155 acres of the 100-year old Acacia golf course into a restored natural habitat; regenerating local ecology, renewing wildlife habitats, and reconnecting people to nature and the landscape.

2020  GCC held its first annual fundraiser, 'Harvest Boutique'  with garden inspired vendors, floral design demonstrations, and more to fund a 'Special Project' to be chosen at the GCC June annual meeting by all members.  The special project is designed to provide more substantial aid to a local non profit organization with funding, gardening, and education, helping to promote confidence and healing for those they serve.

Additionally, every year our Grant Research and Review Committee reviews proposals to fund organizations which fit our goals of restoring, improving and protecting the quality of the environment through educational programs and action in the fields of conservation and civic improvements.

Today, many of our members are actively involved at Holden Gardens & Forests, the Cleveland Botanical Garden, the Cleveland Museum of Natural History and The Nature Center at Shaker Lakes.

We continue to help make Cleveland a little greener!
© 1912 - 2022 The Garden Club of Cleveland